1Definition and use cases

The definition of a version would be a state of your entire document at a particular point of the time. Therefore, the primary purpose of making a version is to remember the document`s status for later comparison or export. 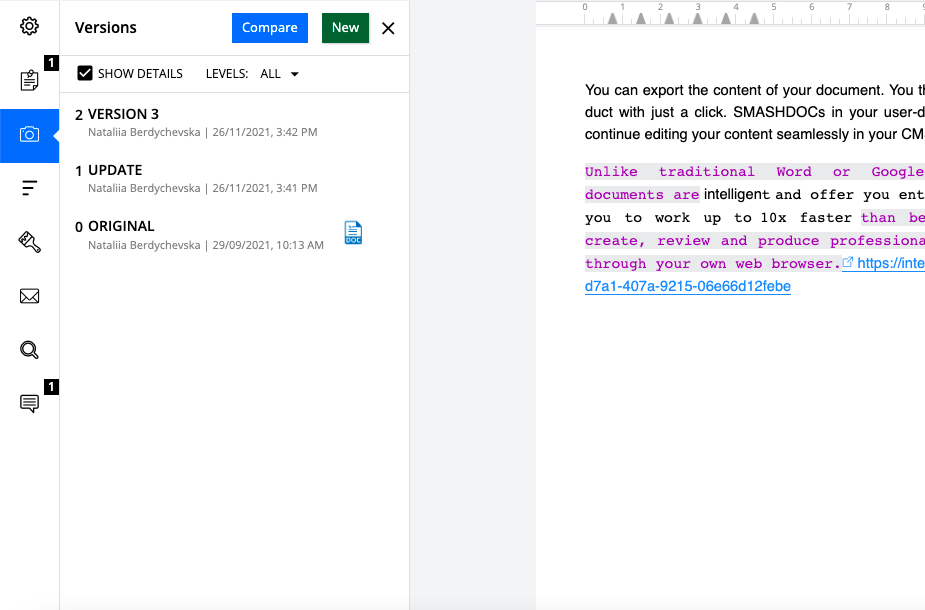 A perfect use case example would be a negotiation process. There will always be the "first version of a contract" every party is fine with. With further changes, it often makes sense to compare the current status of the agreement with the one everyone initially agreed upon.

Hence, making versions of a document at the desired stages of the negotiation is a perfect solution compared to creating multiple document versions and storing them separately.

If the Versions feature is active on your system, a new tab "Versions" will appear in the left tab bar. From there, you can create an unlimited amount of versions of one document in SMASHDOCs, meaning a snap of a clean version of your document, including comments. To do this, click on the "New" button for the window to create versions to open.

During the creation process, indicate 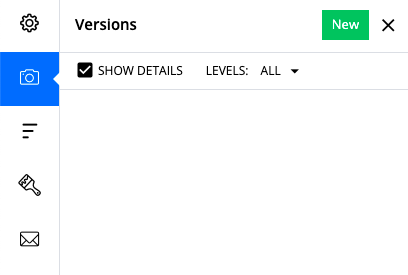 ●name of the version 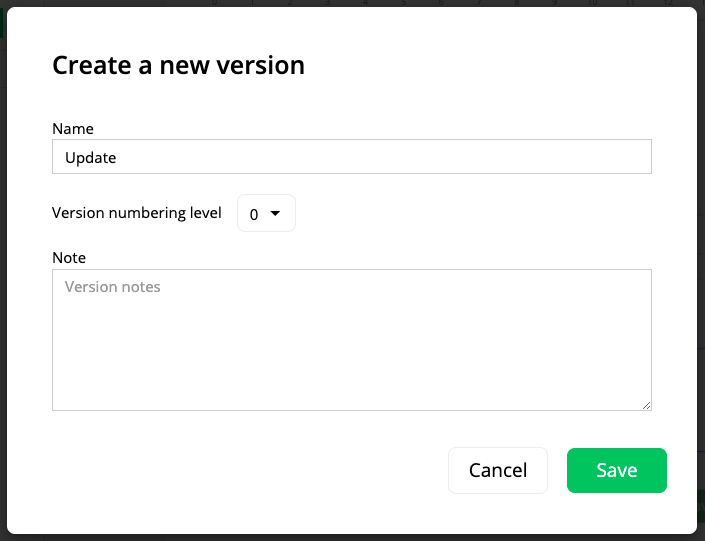 Creation of a new version

During the import of sdox-/Word-document to SMASHDOCs the default name of an initial version is 'Original'. 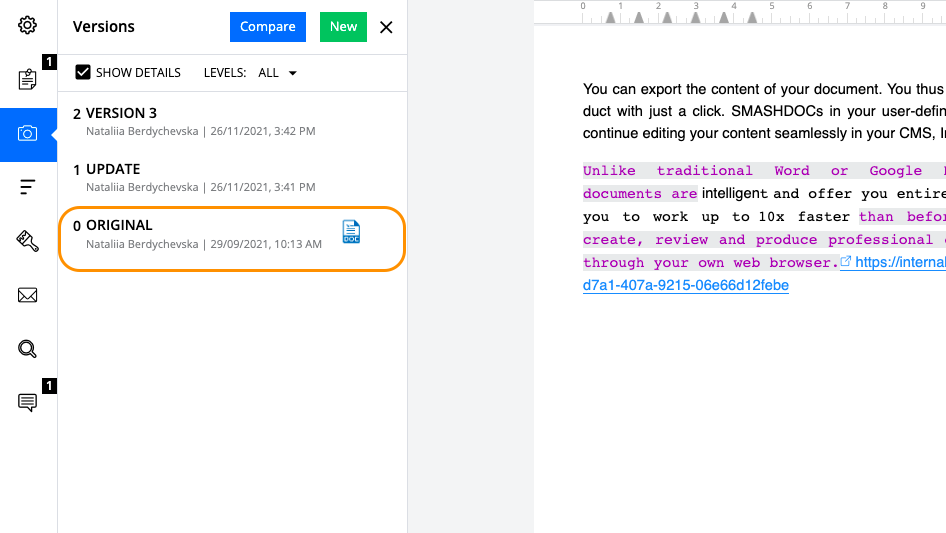 The default name of an initial version highlighted

Later on, you can filter taken versions depending on their levels. Also adding notes like the ones in the examples below, help you distinguish the purpose of the particular version or add any other information you feel like adding.

If the option "Show details" is on, information about what, when, and by whom was created will be displayed in the list. 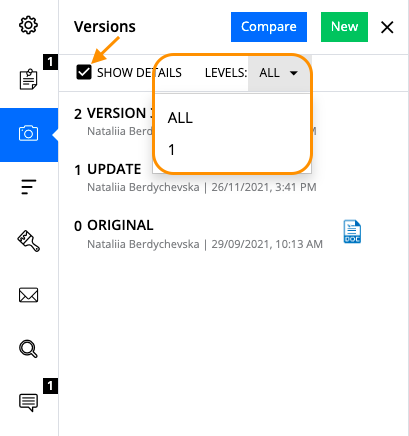 Apart from a date of the version creation, its exact time is also provided. 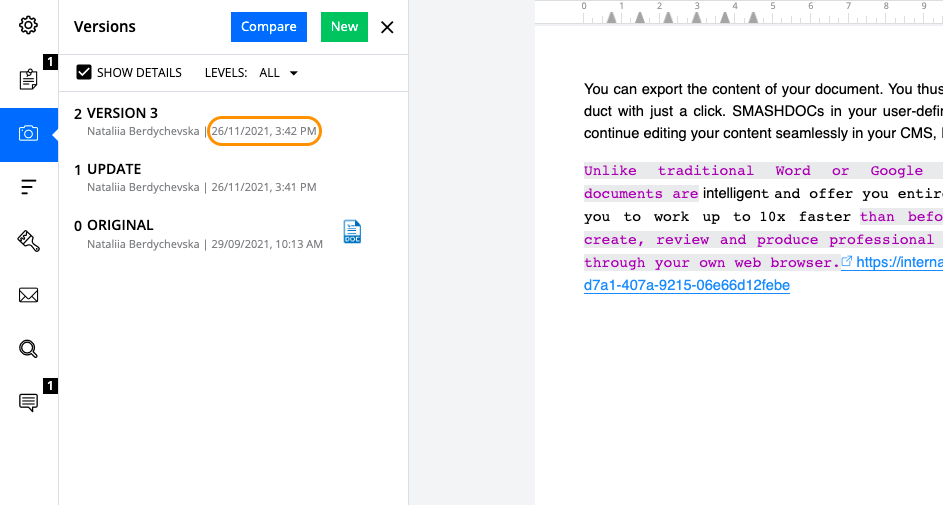 Once you deactivate "Show details", only names of versions will be shown. 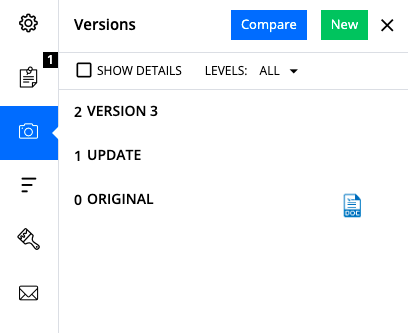 3Versions as a separate user right

Option "Versions" is only available for users who have the respective user right activated in the particular document. If you wish to invite a user to your document so that he/she can take versions, grant him this right straightforward during the invitation or activate the "Versions" option later on in the user management. 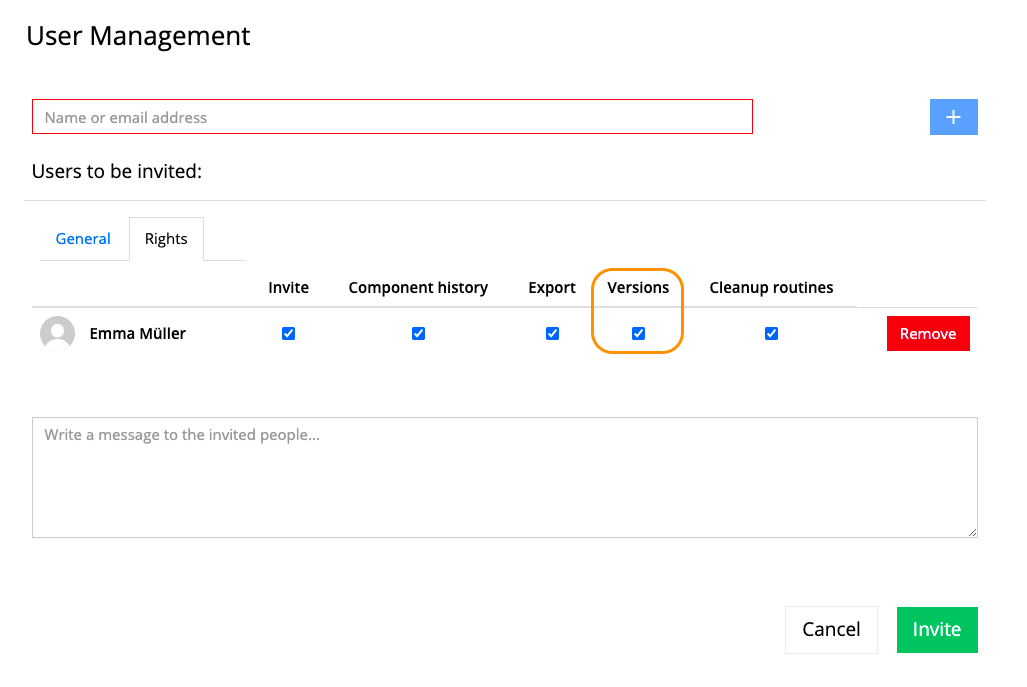 You can compare versions between each other and then merge the necessary changes.

Please be aware that merge is only possible if comparing to the current status of the document. 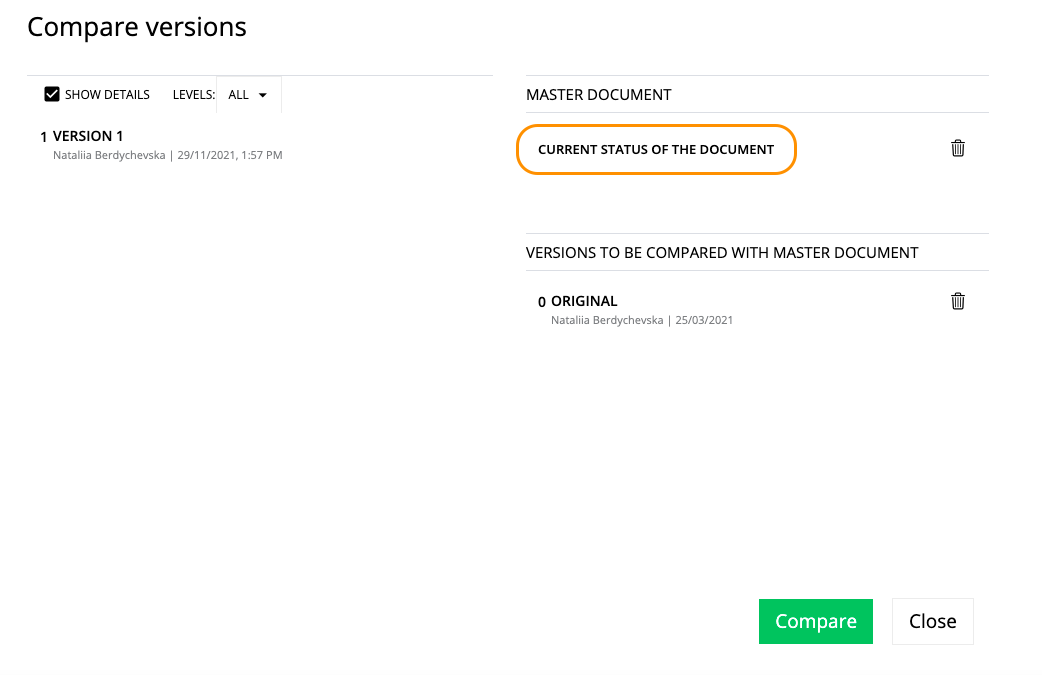 As in the usual comparison process, you can select the changes you want to merge or merge everything at once by clicking on "Merge all". 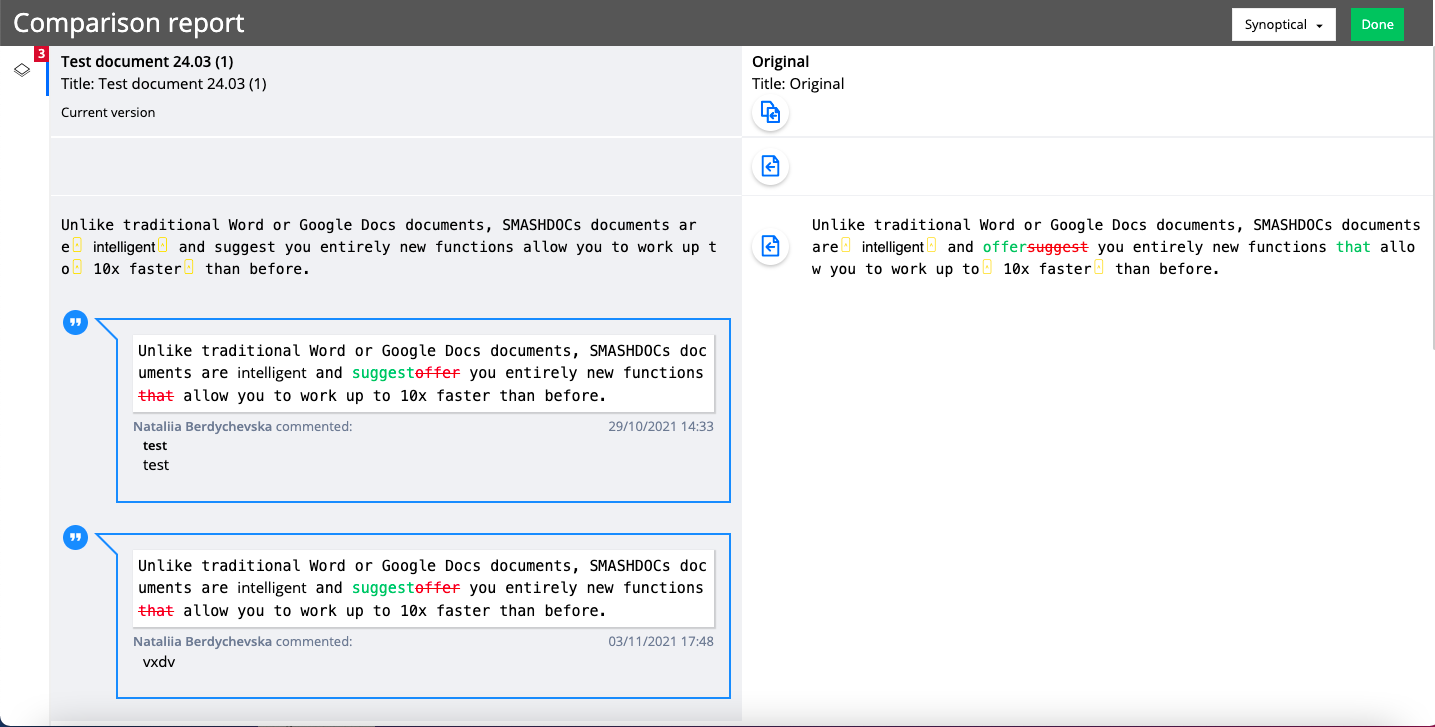 In other cases, namely if comparing two or more versions with one another, the result will be a comparison report view - without the possibility to merge changes.

Versions can also be exported as original sdox file and / or as a WORD document. Exported versions both in sdox and docx format can later always be compared using our comparison functionality. 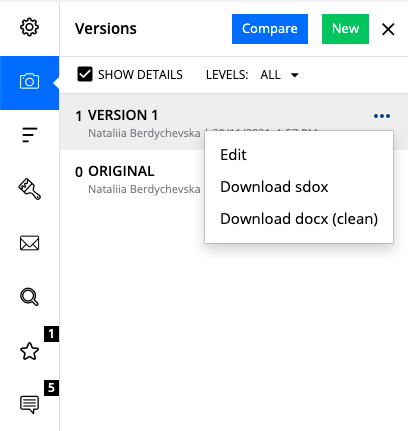 Context menu of version including export