We are extremely happy to release the new 2.13 version of SMASHDOCs! As always, it includes a set of features our team worked hard to develop. So we are eager to receive your feedback after you finally get to try them out. But first, let`s have an overview of what`s new in your work with SD.

Probably you got surprised once you`ve seen a red dot near your avatar after logging into SMASHDOCs. No worries, it`s just a notification that there is a bunch of new features inside of SMASHDOCs. And now, finally, you can reach our blog with Release Notes right from SMASHDOCs itself.

Basically, we added the option "What`s new" to the menu under your avatar. It directs you to the latest version of the Release Notes.

From now on you`ll always be informed about each new version of SMASHDOCs. Enjoy! 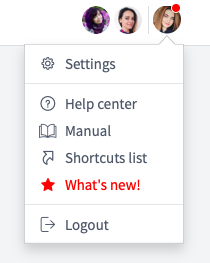 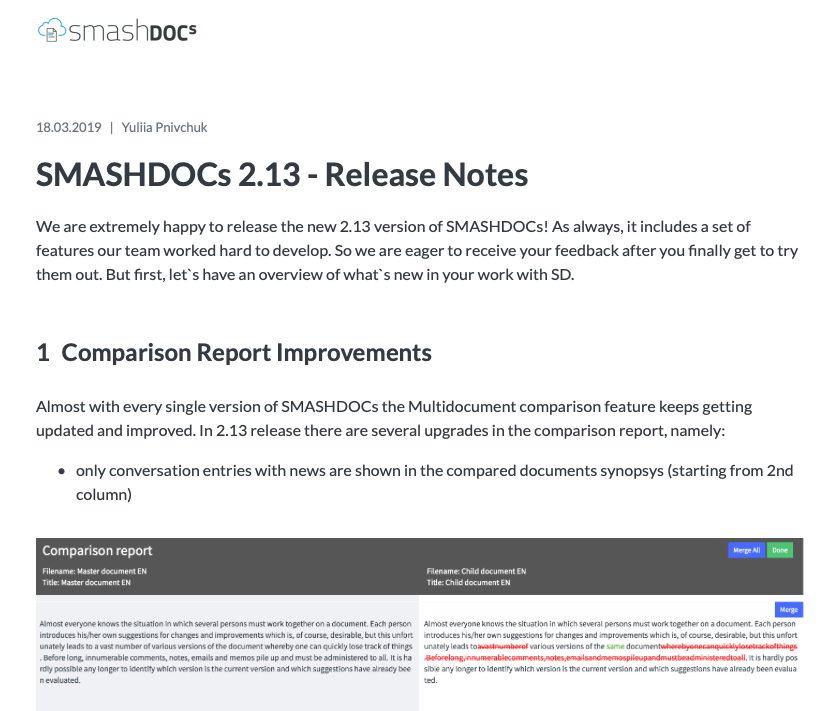 Release Notes highlighted in our blog

SMASHDOCs is broadening the list of our supported languages, so from now on you can also choose French as your working language.

Control yourself how you would want the formatting settings menu to look like. All formattings can be displayed in the following way:

●all groups expanded (all styles visible) 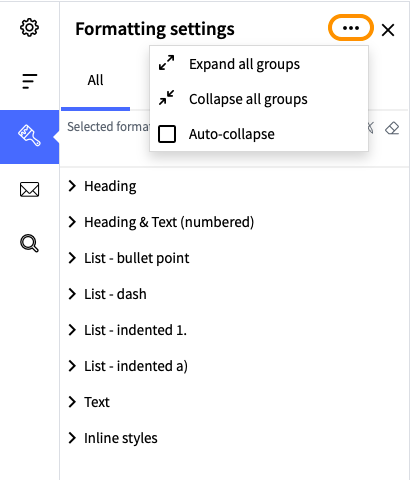 The formatting selected for the text component is now also displayed in the selected formatting window and highlighted blue amongst other styles in the respective group. 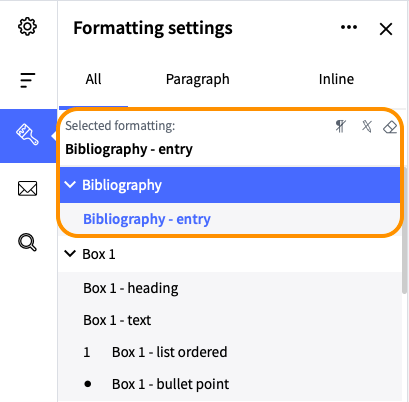 Also, you can now remove the paragraph style, clear the format or clear all styles right in the selected formatting window. 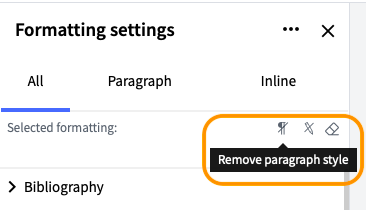 Taking into consideration your multiple requests, we enriched SMASHDOCs with the functionality to upload images both in WMF and EMF formats.

Almost with every single version of SMASHDOCs the Multidocument comparison feature keeps getting updated and improved. In 2.13 release there are several upgrades in the comparison report, namely:

●images / tables: changes in caption and in image are tracked separatly

You might be wondering how exactly do these improvements influence your document comparison process. Well, it eliminates any confusion you might have had while seeing the scope of comments/images/tables in your comparison report. And those weren`t the newly added ones. Also, it prevents the duplicating of the same content in the multiple compared documents.

6Formulas Export and Import to WORD

And here is another addition to our Formulas funcionality you have been constanly requesting. From now on the formulas are exportable and importable to / from MS WORD.

Here`s the example on how the exported formulas look like in WORD: 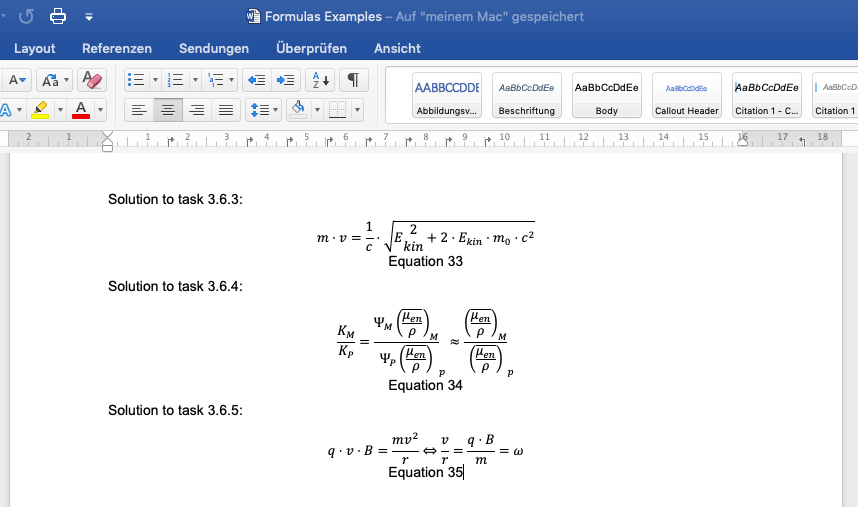 And here is the same document with formulas re-imported to SMASHDOCs: 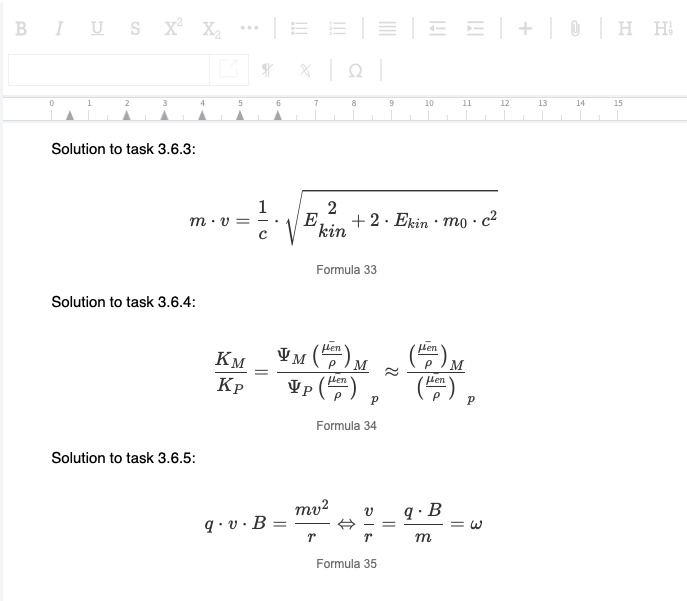 When you choose several WORD files to compare, we guarantee you that the comparison process will be as fast and convinient as possible. But we still want to provide you with the possibility to decide on the layout of the document on your own. You can of course leave it for SMASHDOCs to map the styles with the most suitable ones automatically or map the unknown styles with the ones you like manually.

In order to do so, you should tick the checkbox "check for unknown styles" in the Comparison report dialogue first.

If there is at least one unknown style in any of the docx files which should be compared, a modal with the possibility to choose the target style will show up.

This one is kinda self-explanatory. A checkbox is an element that can be used in the form-based documents, to indicate something as "yes" or "no", "done" or "not done yet" e.g. in the to-do list. To tick or untick the checkbox you have to simply click on it. 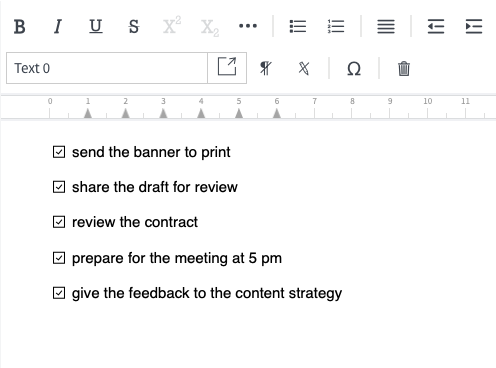 Another cool feature is inline formulas. We expanded fomulas functionality also with inline elements that can be added in the text and / or table components. 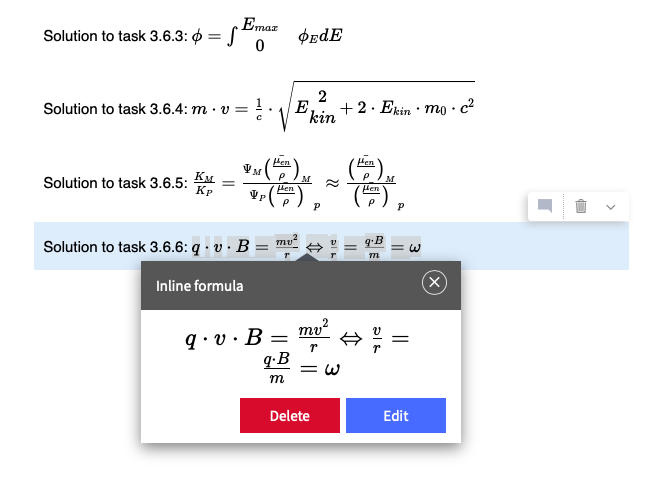 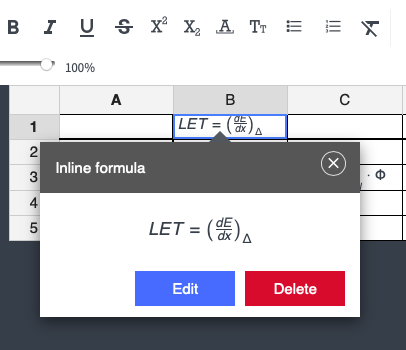 10Component menu duplicated in the toolbar

We duplicated the options available in the components menu to the toolbar mainly for two reasons:

1 if the component is located at the end of the page, using the buttons in the toolbar guarantees the quick access for making decisions 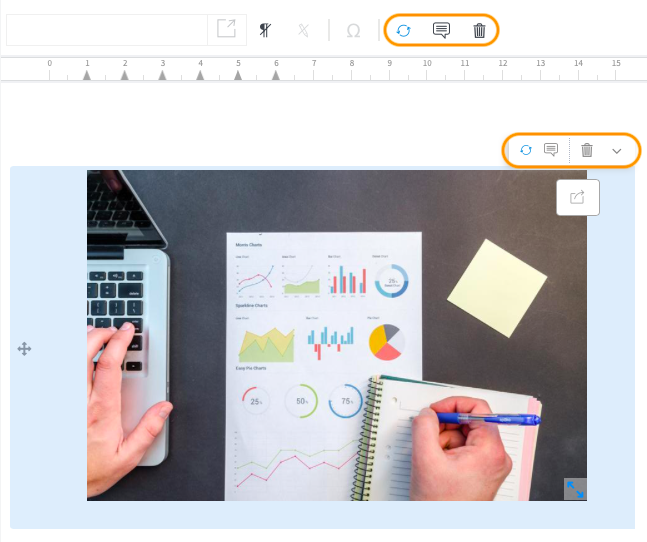 Segment menu options duplicated in the toolbar for one selected segment

2 if you select several components and want to decide upon all of them, the buttons will be displayed in the toolbar as a general set of actions that can be applied to all of the selected components 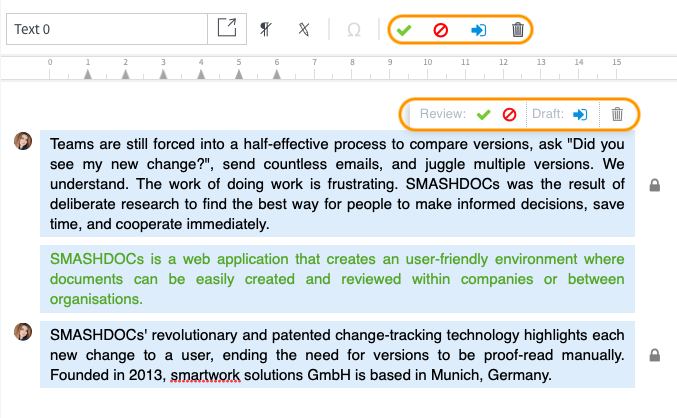 If you’re already a SMASHDOCs user, just check these out.

Not a SMASHDOCs customer yet? Check out our website for all the details https://www.smashdocs.net/en/

If you have any questions, comments, or additional feedback email us at info@smashdocs.net.