An inline image is an image that is inserted to a component at the cursor point. Inline images can be added both to text components and to table components.

A user is able to create, edit and delete as many inline images in the document as he wants. In draft component each user can insert, change and delete inline images, in review mode the user should have a role Suggest or Approver to be able to work with inline images.

To create a new inline image in a text or table component, you have to choose a position where the image has to be added and place the cursor there. Then open paperclip-menu at the top of the page and choose "Inline image". 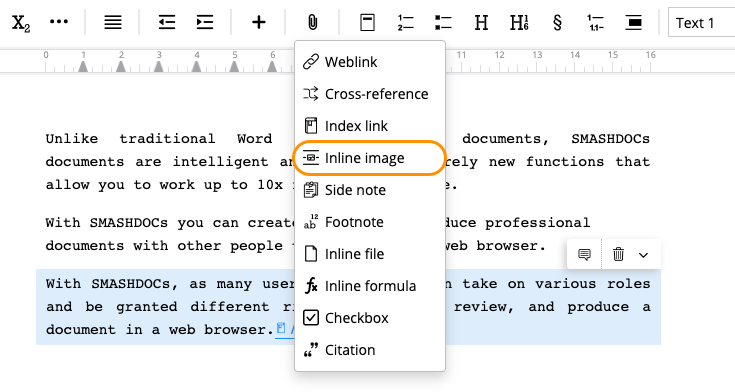 The option "Inline image" in the paperclip-menu highlighted

After clicking this option, you will receive a window where you have to upload an image via drag&drop or by choosing it from your device. 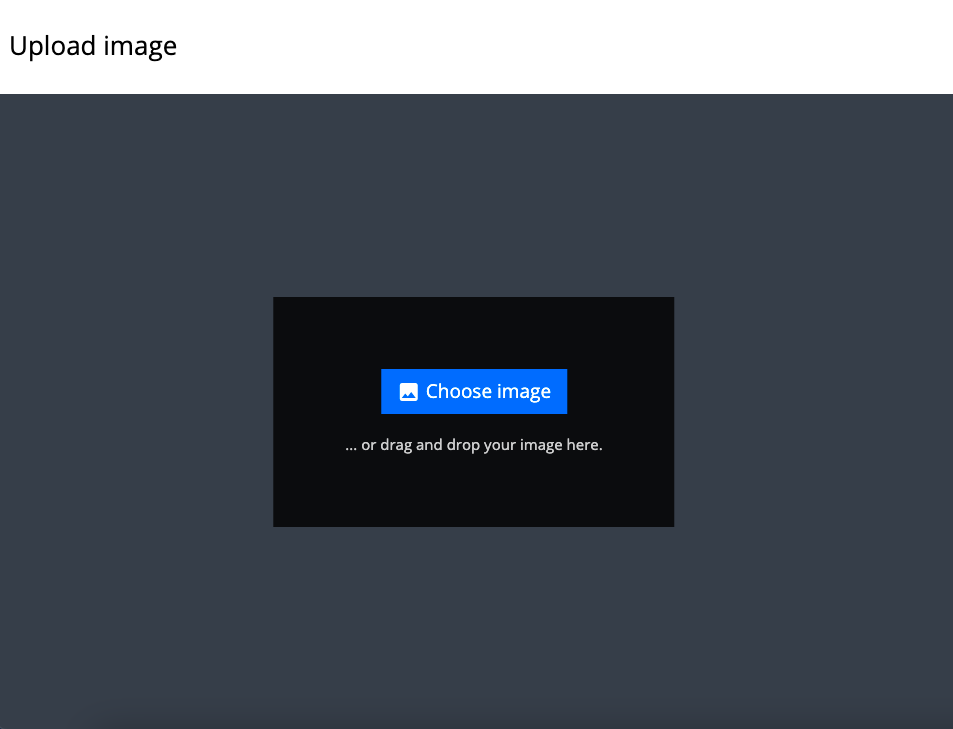 Apart from it you can also insert image caption. However, this is optionally. 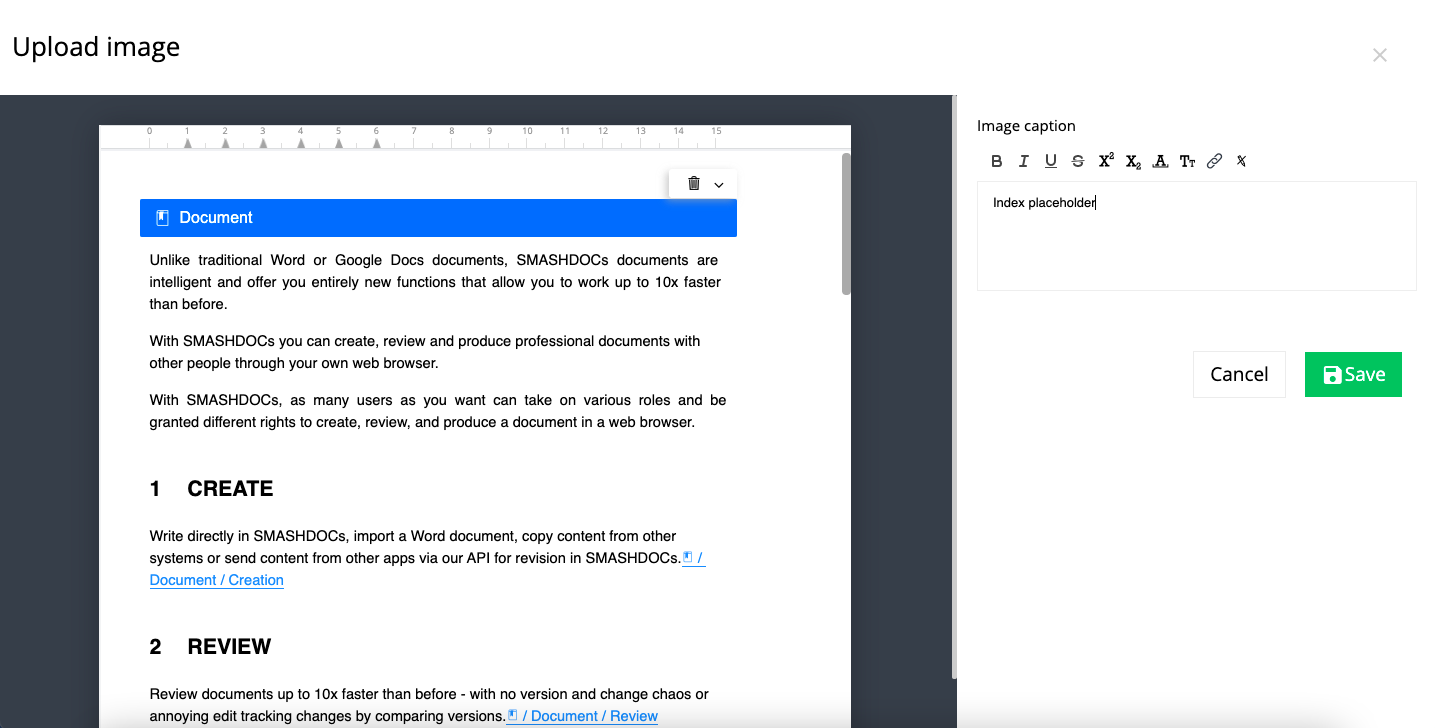 The following formatting options and inline objects are available while inserting image caption:

After clicking "Save" your inline image will be placed in the corresponding component. 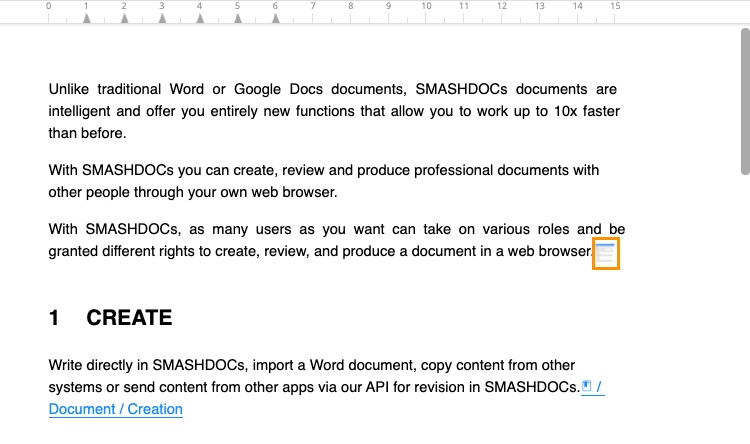 Inline image outlook in the component

When you click on it, a modal dialog appears, where you can find such options as edit or delete the image. 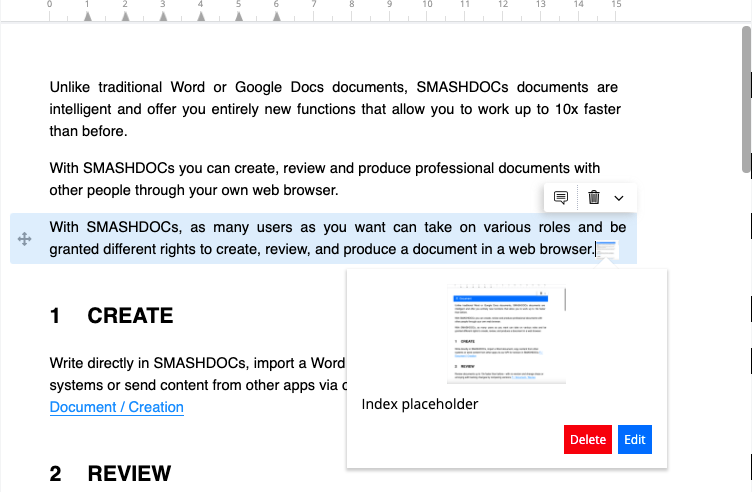 A modal dialog to edit or delete inline image

You can find all added inline images in the document together with images using the option "Show directories" in the left toolbar. 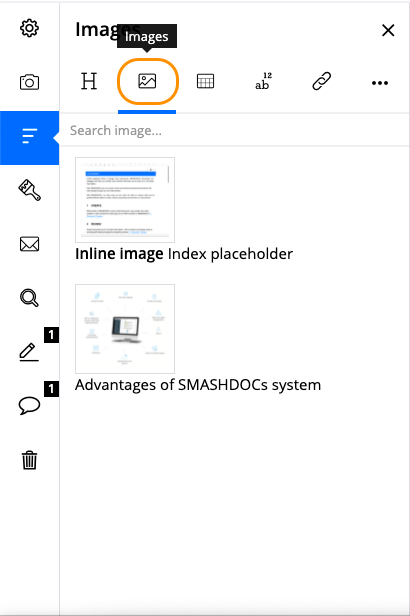 Inline images will be underwritten as "Inline image", so that it is easier for users to search for images and inline images separately. If you have inserted caption for the inline image, you can search this image in directory for its caption.

After clicking the inline image in directory, the whole component with this inline image will be highlighted with a blue border.