An inline file is a document inserted directly into the SMASHDOCs, thus can be downloaded to the user's computer at any time.

A user is able to create, edit and delete as many inline files in the text component as he wants. In draft component each user can insert, change and delete inline files, in review mode the user should have a role Suggest or Approver to be able to work with inline files.

The following file formats are supported with a maximum file size of 20Mb:

To create a new inline file, a user writes text in a text component and then selects “Insert inline file” from the formatting bar or simply inserts an inline file in an empty component. 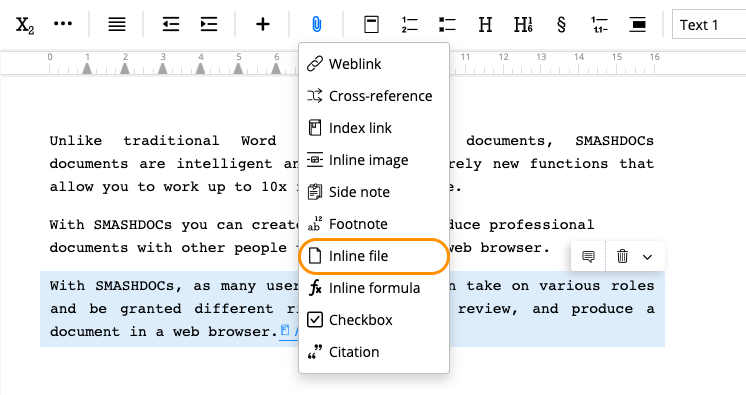 Button for inserting an inline file highlighted in the formatting bar

There the user can define the file by

●dragging and dropping an file or

●selecting an file from his computer 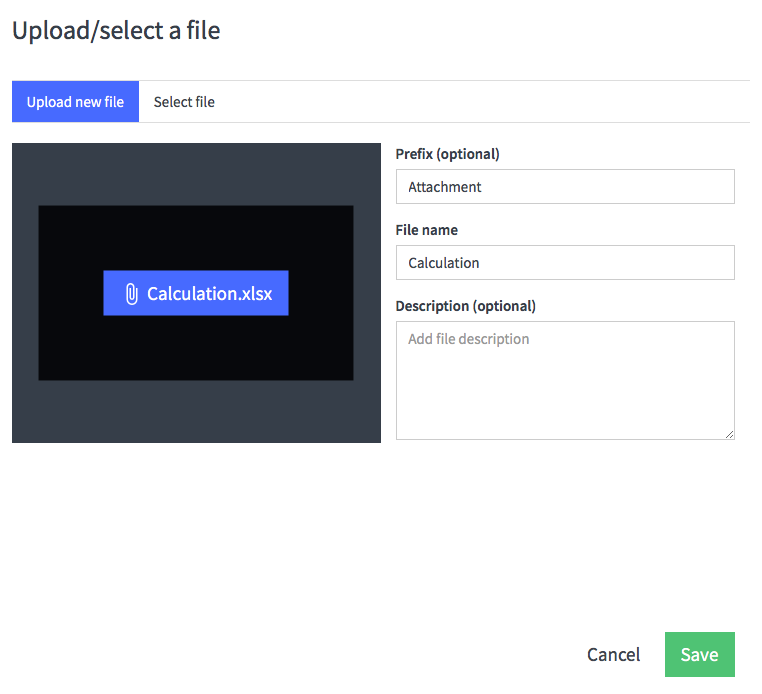 The original file name of each object should be provided. Otherwise, the file upload will not be allowed. Optionally, the user can add a prefix (name of the file type e.g. Annex, File, Attachment etc.) and the description.

2.    Selecting an existing file - selecting a file from the inline files that were previously uploaded in the document a user is currently working on. 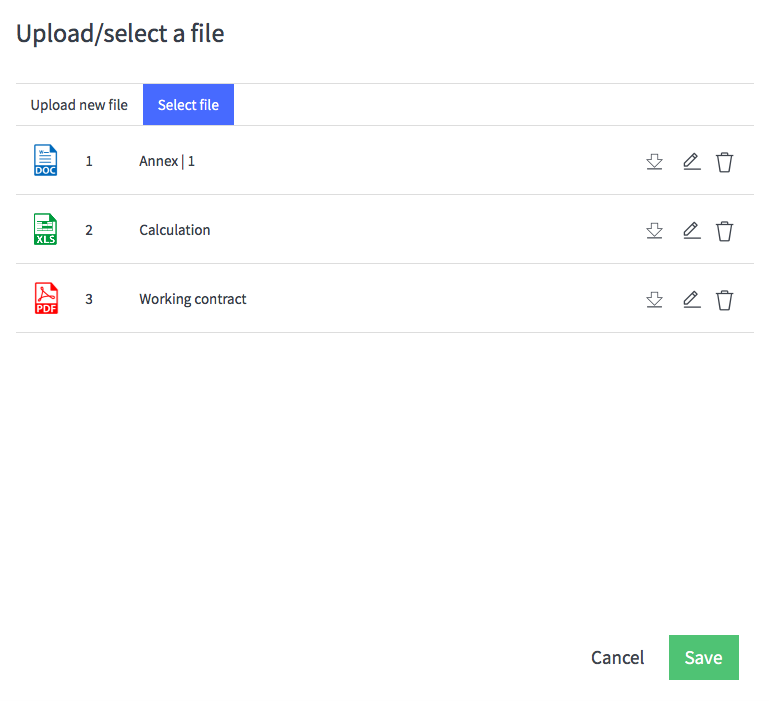 In the "Select file" window a user can download, edit or delete a file. The file will be downloaded directly to the computer`s "Downloads" folder.

To edit the inline file you should open the context menu by the right click on the corresponding inline file and choose the function 'Edit'. 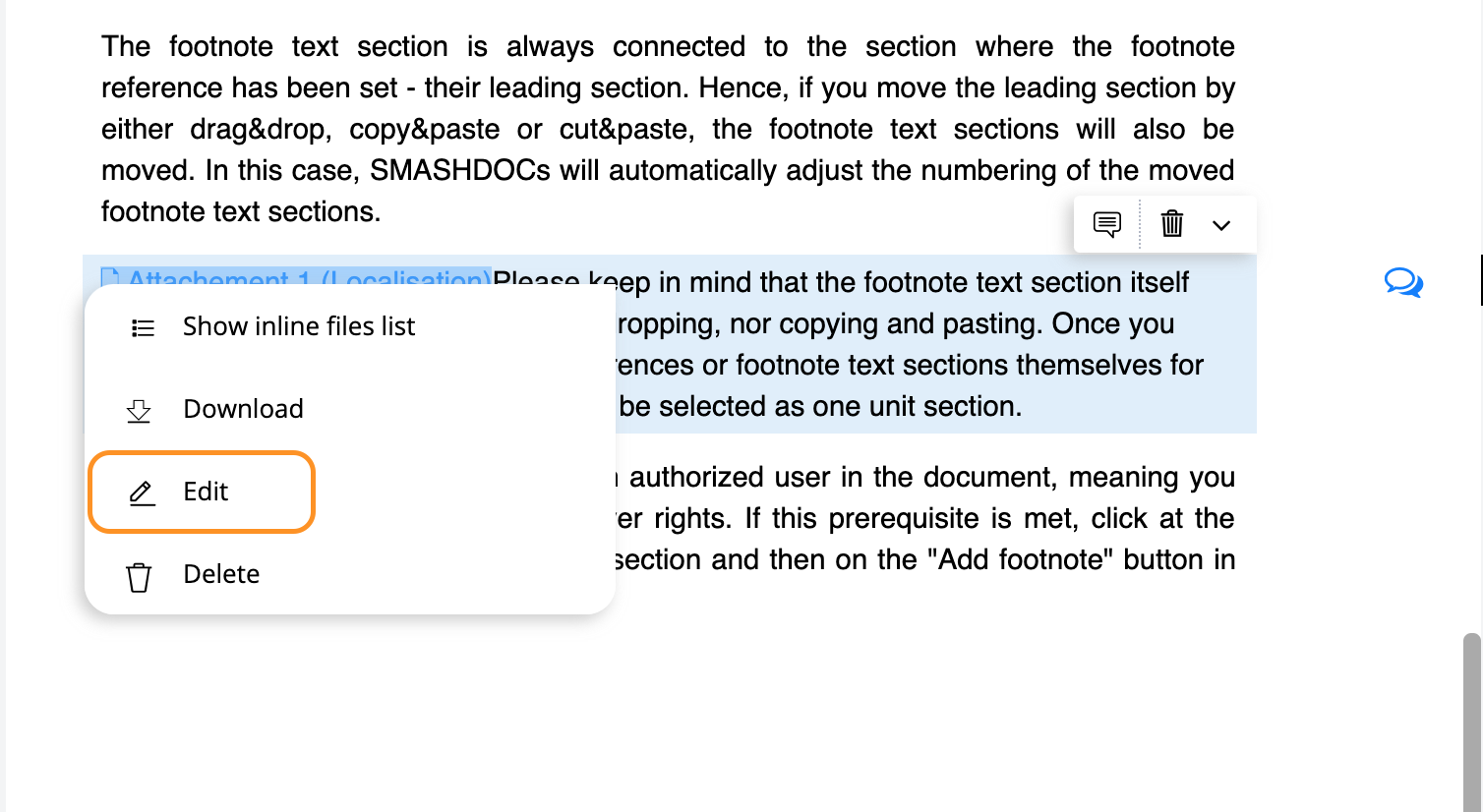 The function 'Edit an inline file' in context menu is highlighted

After that the dialog window with the list of inline files appears. You should choose then, which inline file you need to edit and click the corresponding icon on the right. 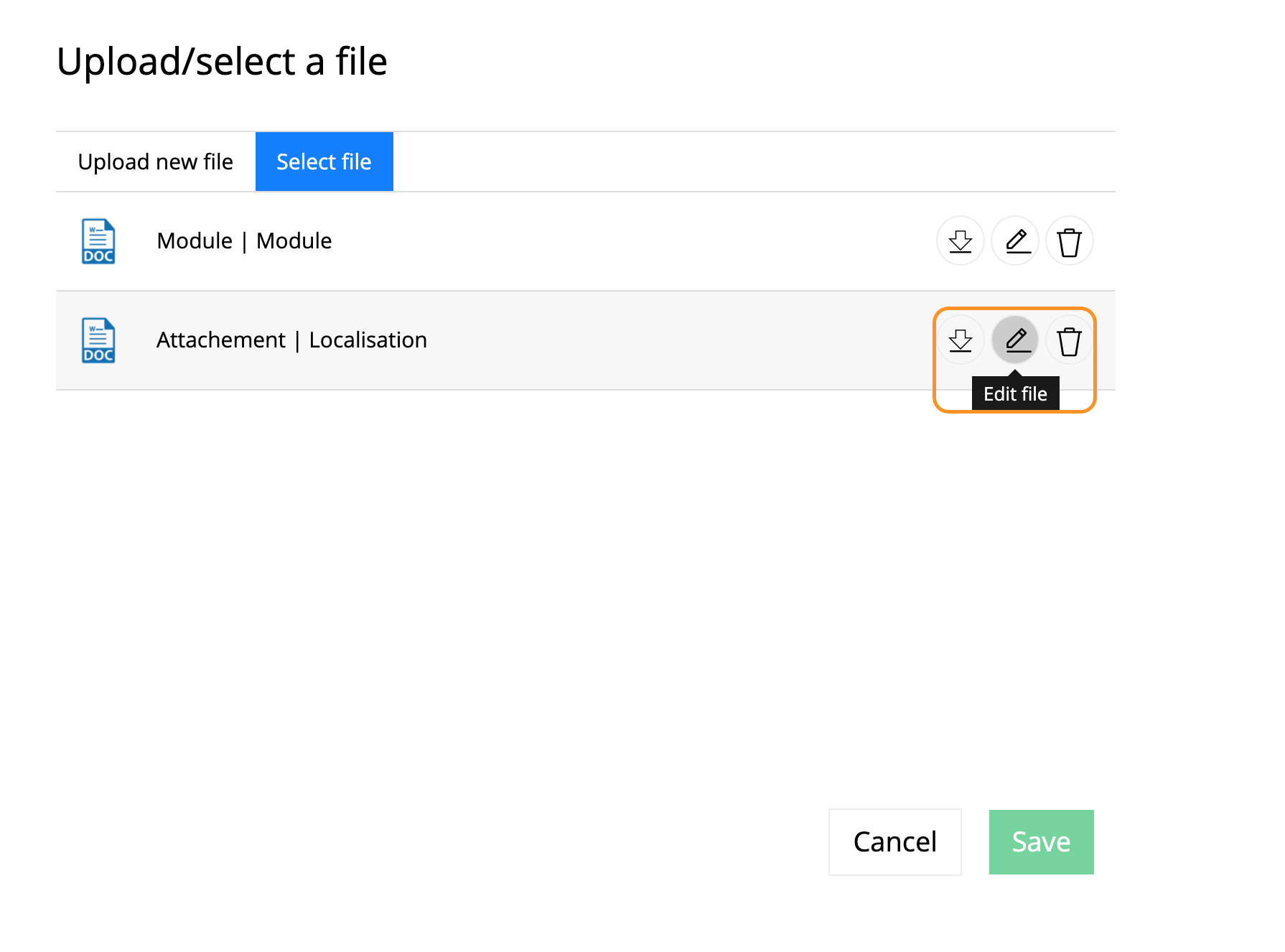 Then you can edit the metadata of the inline file or upload a new one (see Image 2).

The respective icon depending on the file format e.g. pdf, docx etc is shown in the "Select file" window Image 3 and in the list of inline files to each text component Image 6. In the document itself, inline files with different formats have the same icon.

List of inline files inserted in one text component highlighted

All inline files inserted in the document can be found under the tab "Table of contents". 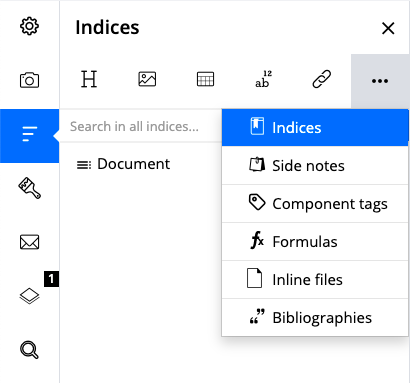 List of inline files highlighted in the table of contents

Let`s take a look on how this works in practice, respectively in legal industry:

I will have a lien on all of your documents, property, or money in my possession for the payment of all sums due me from you under the terms of this agreement. In addition, I am entitled to a charging lien ensuring that, if I elect, payment to me will come from any money you receive as part of the settlement of the issues in your case. More to this see in .

●opened in new tab; or

●downloaded to the computer to the folder defined by the system for downloads.

5How to delete the inline file

If the user deletes the inline file from the text directly, only the link to it or all the links, if relevant, will be deleted.

To delete the file itself from the document, a user has to do it from the "Select existing file" window (see Image 3) or from the context menu (see Image 4).