Cleanup routines are a complex of operations to make your document look professional and coherent with just one click. In cases where many contributors work on the draft and no specific rules are set for the formatting, cleanup rules come in handy. It is effortless to convert the wrong quotes to the standard quotes to avoid inconsistency if set by different users, delete page breaks throughout the whole document etc.

The functionality includes an individually set number of predefined cleanup routines that can be run separately or all at once throughout the whole document incl tables. Please note that routines unapplicable in tables will be automatically skipped.

There is also a set of default routines available on each SMASHDOCs platform free of charge, e.g.:

In SMASHDOCs cleanup routines can be applied in two cases:

To apply cleanup routines before importing the Word document, select them before choosing/dragging the file itself.

To apply cleanup routines in the existent SMASHDOC, go to the Tab "Search" and choose the "Cleanup routines". After selecting several or all routines, click on the "Run" button for the chosen actions be executed in the document.

Let`s have a closer look at certain cleanup routines and the difference they make in the document's layout: 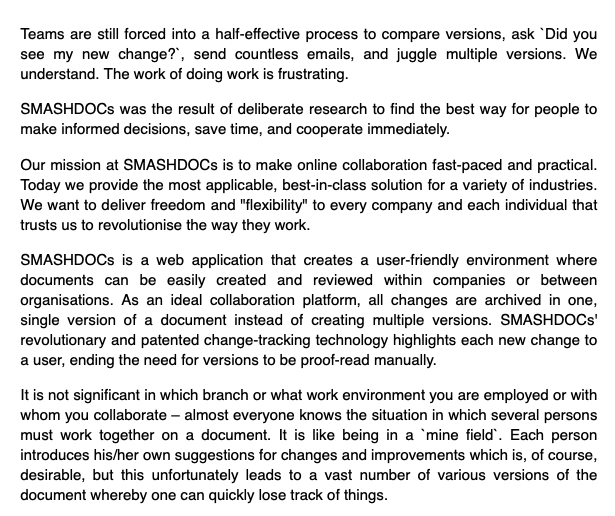 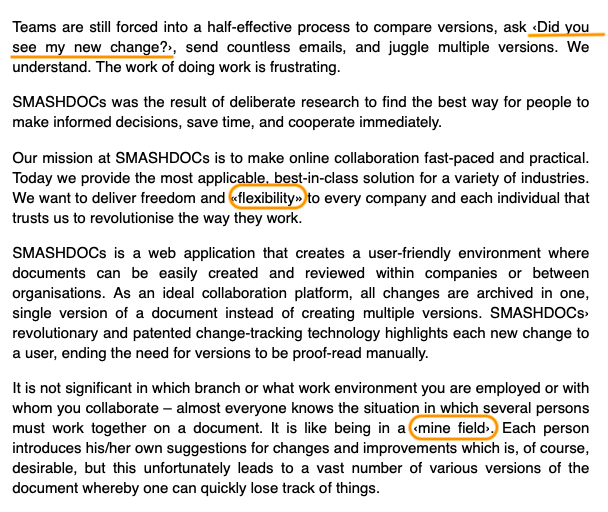 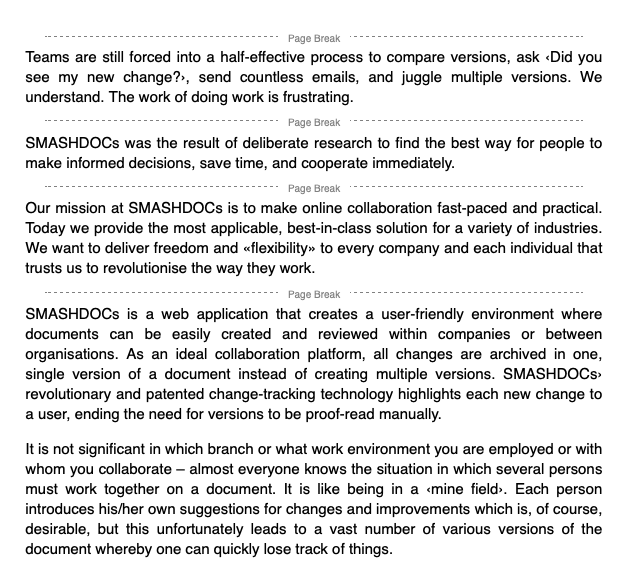 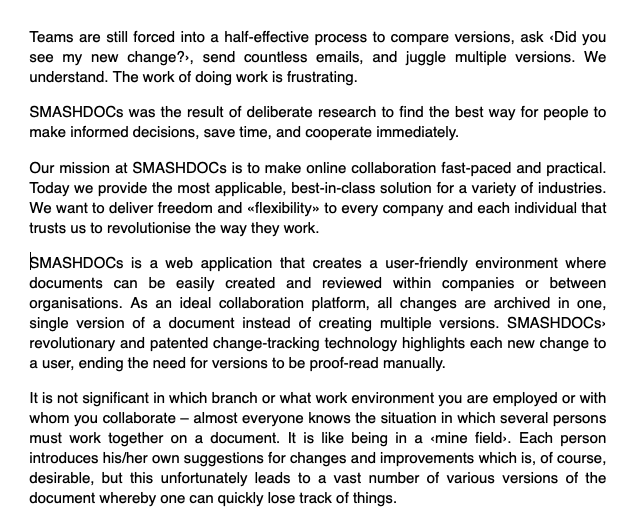 Please note that the results of running cleanup routines are not logged as changes and thus cannot be tracked.